At Kite Studios we believe that using art to enhance the curriculum allows children to develop their creativity and apply it to other subjects e.g. Maths or Science.

A mural made by the children for the school is a wonderful way of improving the space within or around the school. It  also creates a sense of pride and builds confidence amongst the children themselves.

The benefits of a collaborative large school mural are:

From Reception up to Year 11. Key stages early years to KS4.

We work with the school to agree a series of dates for a selected term, when the mural creation activities are carried out.

Our Large Mural projects for schools are a way for Kite Studios to work closely with pupils, parents and teachers in local schools. The objective being to collaboratively create a giant art piece or mural for the school.

The murals design is based on a theme proposed by the school. In the past we have created murals with the theme of  ‘Under the Ocean’ or ‘Up in the Sky’. The school moto can also be used as a theme.

Who Teaches the Class

Staff from Kite Studios will lead the class with the school teachers involved at each stage.

The Good Shepherd Primary School – We have worked with the school over a period of 8 years. One of the projects that has become embedded in the partnership is a mural in the playground. This mural is painted twice a year by the children. Kite Studios designed the workshops that tie into the curriculum topic of the year group at the time.

Ark Byron – Working closely with the Ark Byron teachers and head, we developed a project to decorate the outside hoarding boards surrounding the school. The theme of trees as the image for growth and reaching potential, based on the words from the Ark Byron song was used for the outdoor piece.

Ark Priory – Two installations were developed for Ark Priory school. The first was an outdoor mural –  painting on a canvas, stretched on a frame in a way that the work can be re done on an annual basis using weather proof canvas. The second – a Playground Clock , this was created as a set of ceramic tiles made by the children. Am outdoor clock was then inset into the artwork.

Depending on the size of the school mural and number of pupils involved, costs range from £1,500 to £5,000. 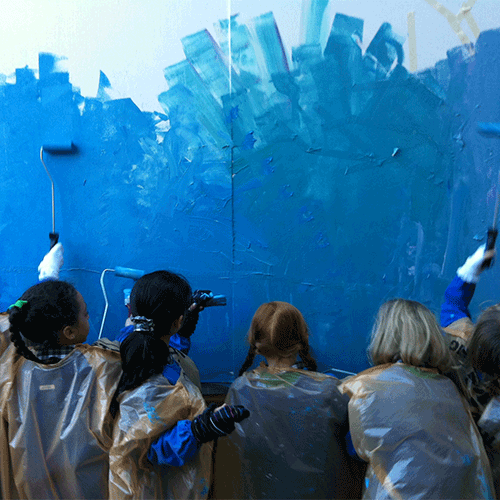 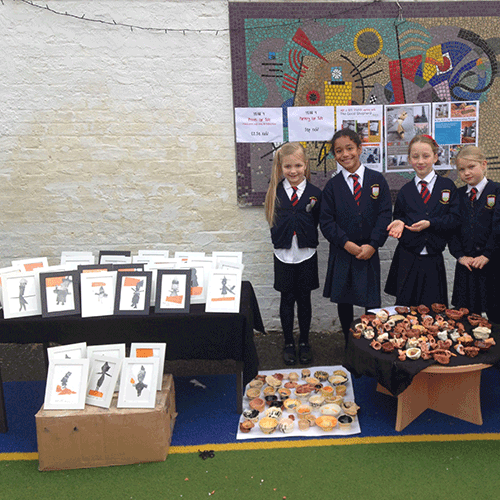 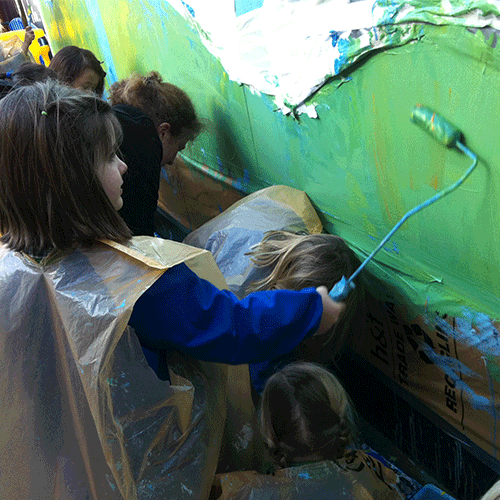